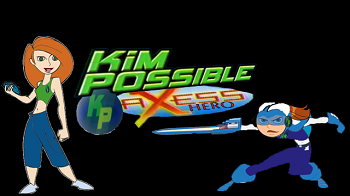 is a fanfic written by SuperHeroTimeFan.

It's a crossover between Kim Possible and MegaMan NT Warrior, taking place after Axess and moving onto Stream. New elements are shown, the setting takes place in the year 200X, and everyone has a NetNavi.