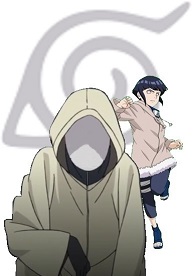 is a Naruto AU written by TheBeardedOne, who also wrote Harry Tano and The Institute Saga.

It has been mirrored here.

The story follows Naruto, who suffers from a very unfortunate combination of circumstances that renders him invisible and, to everyone else, legally dead. This causes a large number of changes in the Naruto world.