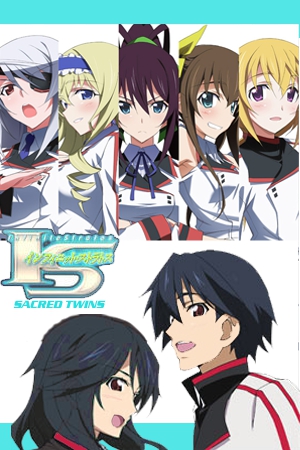 Look at those cute twins! ... Wait, who are the five others again?
My name is Orimura Madoka, due to fun stuff that is mostly my fault, I and my brother were dragged into an All-girls Educational Institution.
— The opening quote
You can't spell Twin Cest without WIN.
— The author's Motto

A fic by the troper ZeroXSEED, which according to the author themself is Plagiarism with a sprinkling of What If?-fic. Namely, it copies significant amounts of Infinite Stratos' dialogue (at least to start with), with the biggest difference being that it features two twins (Ichika and O.C. Stand-in Madoka) who were supposed to be exactly like Chifuyu. And after the two enter I.S. Academy, they start falling for each other...

The fic is available to read on Fan Fiction Dot Net over here.

Tropes covered in the story