Fanfic / In the Blood 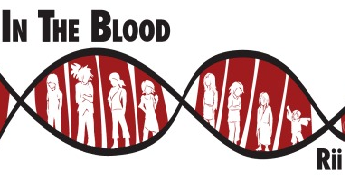 is a Naruto Flash Forward Fic written by justplainrii

. It takes place twenty-seven years after the end of the manga, and is a slowly unfurling mystery that starts when Sasuke finds a young boy who is the spitting image of his deceased older brother, Itachi. Eventually, he brings the kid back to Konoha to train him, despite having a genin team of his own to look after. And that child turns out to be a clone of Itachi.

Pretty soon, more clones start to show up, and all the evidence points to Orochimaru being responsible. Despite the scale of the plot and large number of OCs, the story manages to stay firmly grounded in Konoha.

Complete as of May 2014. At 162 chapters (plus Appendices), it's really long. The author occasionally updates with one-shots set in the universe of the fic, as well.

Tropes found in In The Blood