STILL A WORK IN PROGRESS... 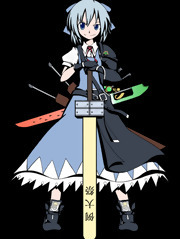 "This... is the birth of a new player in Gensokyo." - partial summary of the first book

"To Escape To Illusion"-specific tropes: