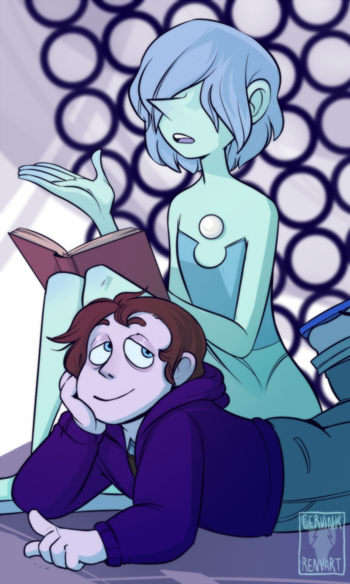 Once, a Gem ran away from Homeworld, adopted Earth as her home, fell in love with a human rockstar, and had a child.
That Gem was Blue Diamond.
Now twelve years old, Steven is coming into his power... but the more he learns about it and his mother's legacy, the less he may actually want it.

is a Steven Universe fanfic written by CompletelyDifferent

It can be found on Archive of Our Own right here

and on FanFiction.Net over here

. They also have a Tumblr found here

Faded Blue is the first story of the How I Wonder What You Are series. It explores the life of twelve-year-old Steven Universe as he learns about his Gem powers and his heritage as Blue Diamond's son (mostly with Blue Pearl teaching him), while Greg is spying on the Crystal Gems in Beach City.