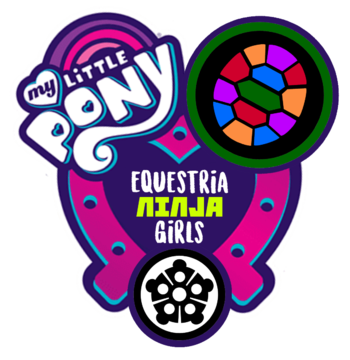 on Fimfiction. Also known as ChaosMagemon

The series is a crossover with My Little Pony: Equestria Girls and Teenage Mutant Ninja Turtles (2012).

Set in an Alternate Universe where the Equestria Girls are part of the same universe as the Teenage Mutant Ninja Turtles, the two side eventually meet and become friends. The Rainbooms are then trained to become ninjas by Splinter and together with the Turtles and their many allies and friends, go on some amazing adventures in New York City, Canterlot, and Beyond.

Although an AU, the series remains canon with both shows, with only a few minor differences.