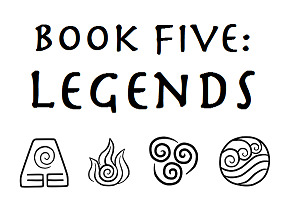 is a Continuation Fic by Rassilon001

The Avatar and her many friends have countless new adventures ahead of themselves still, but this time they have encountered an enemy unlike any they have ever seen or heard of before. With the whole world thrown into disarray and chaos the Avatar alone may not be enough to tackle this new threat. Four elements collide in this thrilling tale of action and adventure. Korra will have to rely on her friends and allies more than ever, and they will have to rely on each other.

Theirs will be... the stuff of Legends.

Now with a sequel, starring the New Avatar, Rassilon001

presents The Legend of Ban

SOME UNMARKED SPOILERS AHEAD, READ AT YOUR OWN PERIL

The Legend of Ban contains examples of:

The Legend of Ban