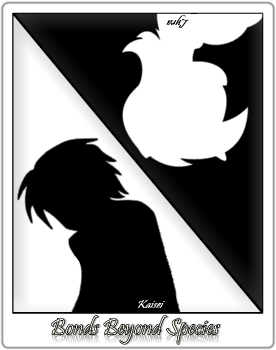 Even the coverart is a Shout-Out to something

is a My Little Pony: Friendship Is Magic fanfic by Yasahiro

A Knowledgeable video-gamer and an experienced troper into the lands in My Little Pony verse, but outside Equestria. He is traveling with Lyra Heartstrings in order to find Gilda the Griffon, yet slowly they realize that ponies closed off themselves towards other species in the world.

It uses the "Human in Equestria" concept in a fun way. Many tropes are referenced, because the main character is a troper.

It's set in the same verse as "Hands" and "Versus Equestria"