Fanfic / Beneath Your Feet What Treasures 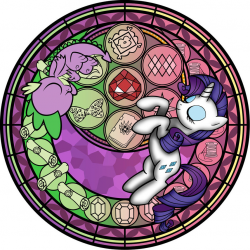 Beneath Your Feet, What Treasures

is a My Little Pony: Friendship Is Magic fanfic by the JediMasterEd

Spike is a dragon, raised by ponies. Sometimes, though, he does dragonish things, like keep a secret hoard, in a pony sort of way. But it goes the other way as well - sometimes, he deals with being a pony (and, thus, a person) via the lens of a dragon.