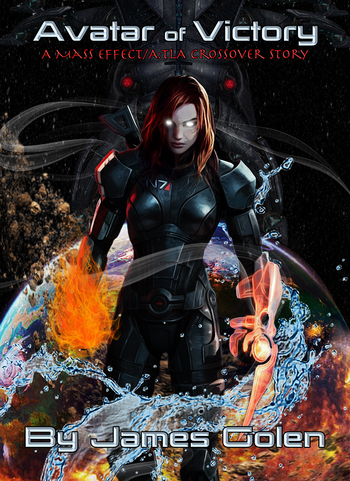 by James Golen is a crossover fanfic between Avatar: The Last Airbender and Mass Effect, a blend of the universes in question that has the Earth of A:TLA replacing the usual one.

What this means for the universe besides Shepard being the Avatar is that Bending is a present and practiced phenomenon among all the races of the Citadel as well as the presence of spirits and certain other aspects of the Avatar universe.

It has a Spacebattles thread dedicated to its updates, available here

after the original thread became too long.

For a few years, from January 2016 to March 2021, the story became dormant and thus seemingly became a dead fic. However the author finally updated in March 18th of 2021, promising to release the final chapters and finish the story once and for all. The first of these final chapters would be posted on March 26th, 2021, with the story eventually being fully completed on April 14th, 2021.