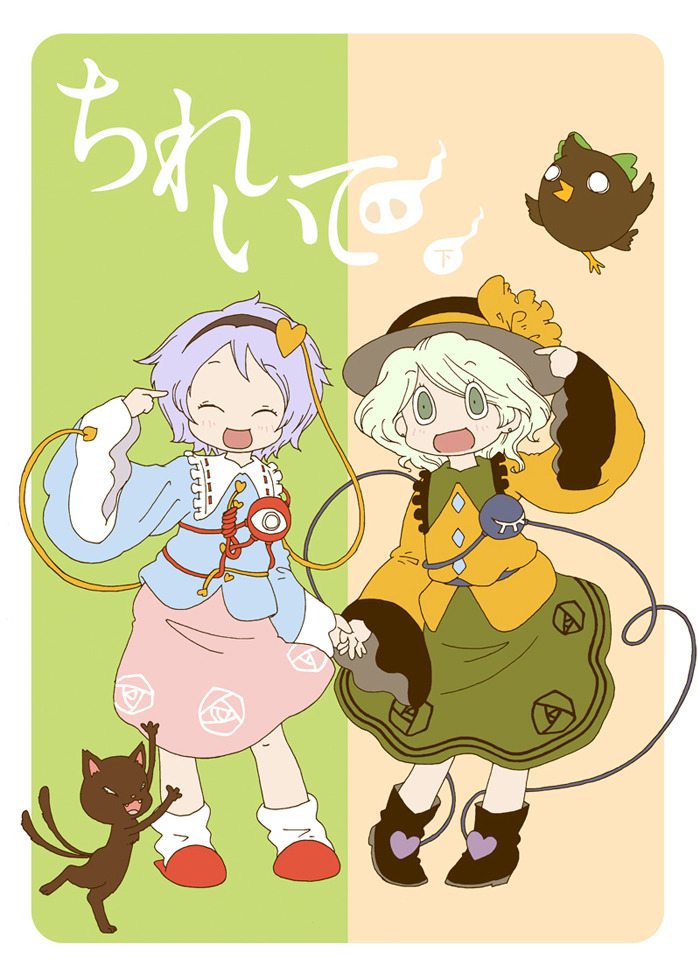 A story in the Underground Hell a long time ago.

Deep underneath Gensokyo, in what used to be hell, youkai who are shunned by other youkai are exiled, living in relative peace amongst themselves, but even these youkai create pariahs. The Komeiji sisters, the elder Satori and the younger Koishi, are hated and feared by the rest of the Underground youkai for their ability to read the hearts and minds of others. They live in the Palace of the Earth Spirits with each other and with the hoard of animals they care for, who are by contrast overjoyed at people who can understand their thoughts. However, while Satori is mostly content with her isolated life, Koishi wants desperately for others to like her as well, and she seals her third eye, locking away her powers and her connection to her sister. This act will start a chain of events that puts their little family through immense struggles, and will forever change them and the Underground as a whole.

At Chirei is a Touhou doujin created by Karaage Tarou

, serving as a prequel to the 11th game Subterranean Animism. It consists of three chapters, covering the immediate aftermath of Koishi leaving, the intervention of the Moriya goddesses, and the far larger final chapter detailing Satori and Koishi's reconciliation and Okuu gaining her new power. It can be purchased from Karaage's blog

or pixiv, or read online at Dynasty Scans

See the Touhou page for tropes in the series in general, and Characters.Touhou Subterranean Animism for tropes specifically pertaining to the characters appearing in this doujin.

At Chirei contains the following tropes: