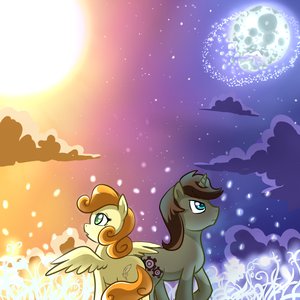 Lost in a shattered world.
Advertisement:

A My Little Pony: Friendship Is Magic fanfic by PK; can be found here

Set in the far future after Celestia and Luna mysteriously vanished and the sun and moon froze in the sky, Antipodes is the story of two ponies thrust out into the harsh new world on an adventure to uncover what happened to the world so long ago.

Antipodes is now finished, and has a sequel, Lodestone