Fanfic / A Shadow of the Titans 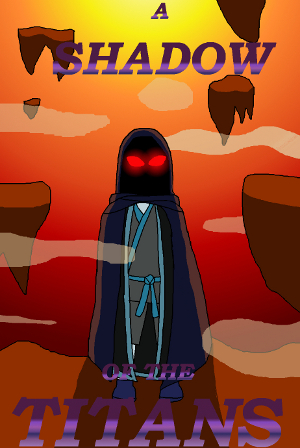 A Shadow of the Titans

and a part of Project Dark Jade.

Following an offscreen battle with a demon, Jade is accidentally banished along with it, ending up in some sort of pocket dimension. While there, she is confronted by a mysterious being (whom Word of God names "The Cackler"), who offers up a cryptic monologue before forcibly transforming Jade into her Shadowkhan form. He then tosses her into another universe — specifically, the universe of Teen Titans, where a series of events soon sees Jade forcibly drafted into the HIVE. Now, under the identity of Zhu Chan, Jade must play the role of supervillain while searching for a way to return home, and also dealing with the Titans, who — due to unfortunate circumstances - end up viewing her as just another criminal to be defeated.

First part in a planned trilogy.