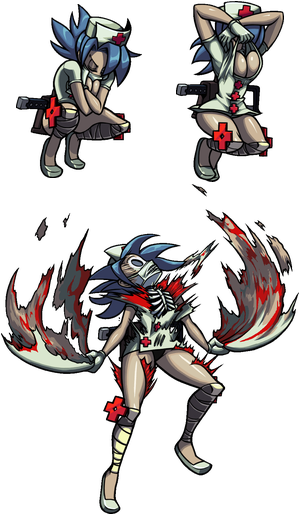 You're supposed to rip off your shirt, not what's under it! EW!
Advertisement:

As Guybrush Threepwood once said, "The human body is a beautiful thing. Most of the time."