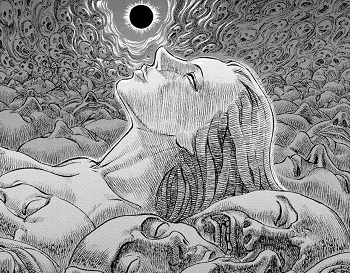 Berserk is easily the absolute heavyweight champion of Fan Disservice. While the manga contains tons of blatant sexual imagery and incredibly graphically explicit sex, most of it is absolutely horrific unless the readers are into blood-drenched demon rape.