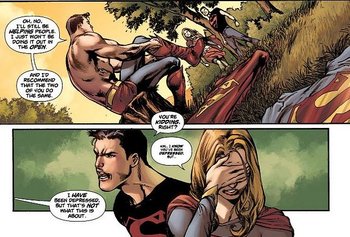 Too stupid. I cannot watch.
Facepalming in comic books.