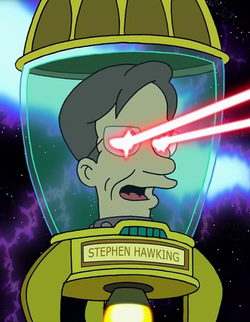 "Study theoretical physics, kids, and you too can shoot frickin' laser beams out of your eyes!"
Advertisement: