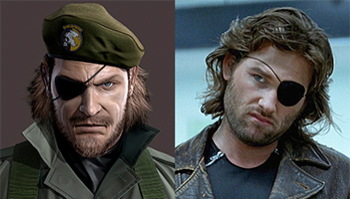 Snake and Snake. No relation.
Advertisement:

Hmm... Do any of these video game characters (or pixels) look familiar to you?