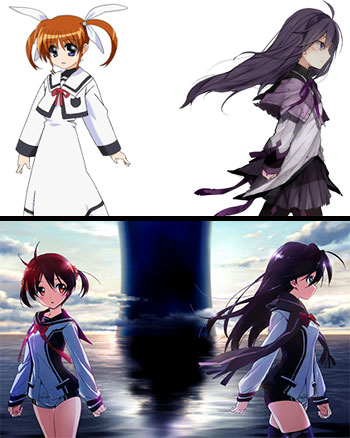 Vividred Operation: Not Quite Starring Nanoha Takamachi and Homura Akemi.