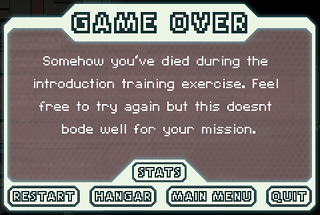 How badly can you fail in FTL? You can fail the tutorial.
Advertisement: