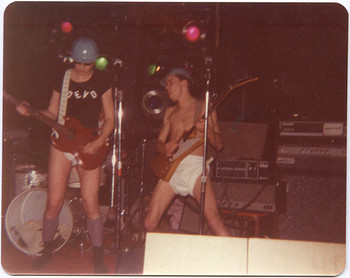 Take note as this was the early fashion sense of Devo, long before the energy domesnote And yes, they were wearing diapers.
Advertisement: