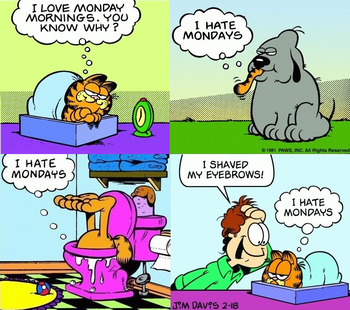 .
So much for liking Mondays.