Click here to see an image of Hannah Baker from 13 Reasons Why. Image is not graphic, but it may be triggering. 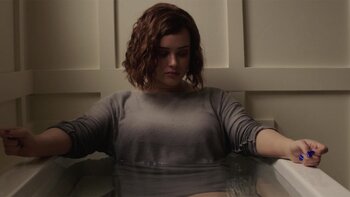 "I think I made myself very clear. But no one came forward to stop me."