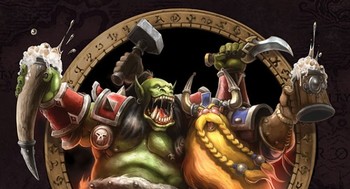 "I don't have a drinking problem! I drink, I get drunk, I fall down, no problem!"
Dwarf Male joke
Advertisement:

This Drinking Game works even better if you play with taverns