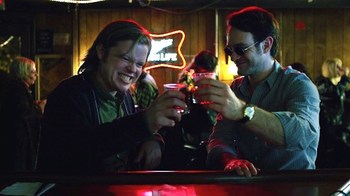 Fair warning: there may be an eel in those beers.
Advertisement: