Races from the Dragon Age franchise, as well as nations within each race: 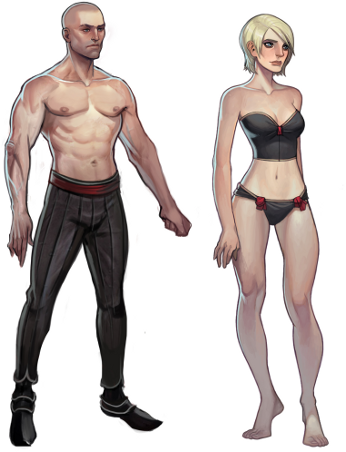 The most prolific race in Thedas, humans have been behind nearly every important historical event in the history of Thedas for a very long time. The elves blame them for the loss of their immortality, Tevinter humans became the first darkspawn when they invaded the Fade, and of course virtually every major country is primarily human. 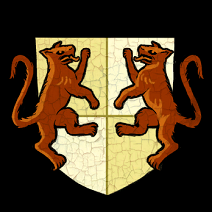 A country with a reputation as "back-water dog-lovers" due to their strong history of breeding Mabari warhounds, Ferelden is a relatively young nation, that has only recently regained its independence from Orlais after being occupied for 60 years. It was founded by Calenhad Theirin the Silver Knight, who became the nation's first king in 5:42 Exalted and whose descendants still rule Ferelden at the beginning of the game series. Dragon Age: Origins takes place here, as the location where the Fifth Blight began. 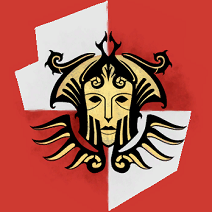 A very old empire known for its Decadent Court, for centuries Orlais has been the center of culture in Thedas. They still treat Ferelden as an uppity colony in many ways, and there is always at least some scheming to recapture it. 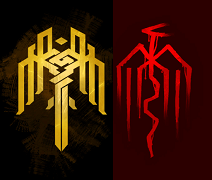 A independent city-state located in the Free Marches, known in antiquity as Emerius when it was under the control of the Tevinter Imperium. The setting of Dragon Age II. 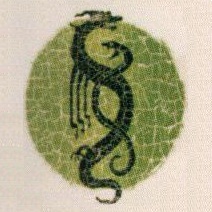 Anders: So, there must be mages in Tevinter who don't use blood magic?
Fenris: Of course. There are slaves. The magisters do not hesitate to collar their own kind.

Perhaps the oldest human nation in existence, Tevinter is still an extremely violent and dangerous magocracy that uses slavery and blood magic as a matter of course. In order to dodge the Chantry's laws on magic, they created a splinter church of their own, ruled by their own Divine (known as the Black Divine) to reinterpret scripture in their favor.

"Can you smell that [leather]? Like rotting flesh! Just like back in Antiva City. Now if only you could find me a prostitute or two, a bowl of fish chowder and a corrupt politician, I'd really feel like I was home!"
— Zevran

A warm nation in the north-east, co-run by plutocrats and a notorious guild of assassins. While Antiva has few native resources besides its vineyards, its coastal location has made it a thriving trading hub. 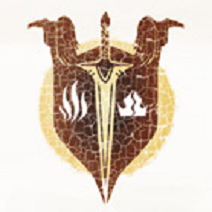 A mountainous country best known for being where the Grey Wardens were founded. 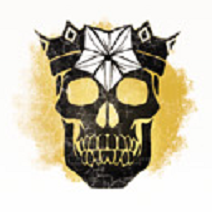 Generally referred to in the context of "Nevarran dragon slayers," Nevarra has a reputation for powerful mercenaries and odd funeral customs. 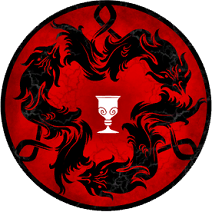 An independent city-state in the north of the Free Marches, recently ruled by the Vael family until their grisly murder in a coup, leaving Prince Sebastian as the sole remaining heir-in-exile. 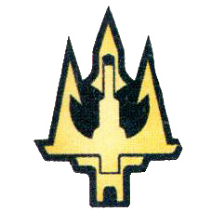 A distant country with some interesting ways of utilizing magic. Rivain is almost surrounded by water except for a strip of land linking it to Antiva. As a result, it's a teeming sailing hub and the headquarters of (among others) the Felicisima Armada. It also has the last peaceful Qunari holding in mainland Thedas.

Groups of small barbarian tribes whose history dates back to ancient times. They were once part of the Alamarri, the earliest tribes of south-eastern Thedas, but after a civil war in 1:50 Divine, they were driven into the Frostback Mountains where they currently reside. Known for their odd customs in regards to magic and spirits, they have strained relationships with Fereldan (whose lands they will occasionally raid) and Orlais, they however have strong ties to Orzammar. 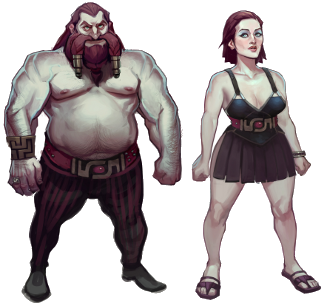 "Most people on the surface think of dwarves and imagine greedy merchants or dour craftsmen, and certainly those are the faces most often seen by those of us who live under the Maker's eye. But a journey to the thaig reveals a culture of nobility and of poverty, of proud warriors and of necessary brutality."
— Brother Genitivi

Dwarves in Thedas have been fighting a losing war against the darkspawn for a very, very long time. When the darkspawn first appeared, the capitol of Orzammar closed its gates and abandoned all the other thaigs and cities. When they sent out scouts centuries later, they found that only one other city had survived. Dwarves are mostly known for mining lyrium, the magical ore that powers most magic items, but they have a number of other quirks—most notably, they are not allowed above ground under any circumstances, and are exiled if they do so.

A group of mysterious dwarves that live below the Deep Roads and protect the Titans. 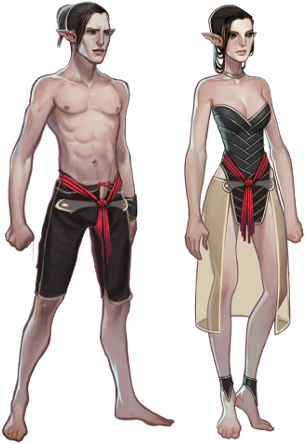 "To the elves, loss is an old and familiar enemy. Their homeland, their history, their very place in the world..."
— Varric

The once-immortal elves have been declining for centuries, and are now split between the wandering Dalish tribes and the alienage elves in human cities. Even their magic is waning; while once every elf had magic, now it is rare to find more than one in a single clan or settlement. 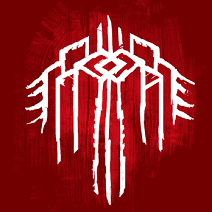 Cailan: Do you come from the Alienage? Tell me, how is it there? My guards all but forbid me from going there.
Warden: I killed an Arl's son for raping my friend.

The elves confined to the slums in human cities. 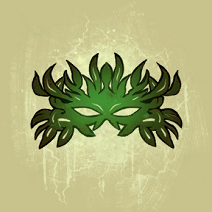 "We are the Dalish: Keepers of the lost lore, walkers of the lonely path. We are the last of the Elvhenan, and never again shall we submit!"

The more traditional elves, who after the loss of their second homeland in the Dales, now wander Thedas in small nomadic tribes. 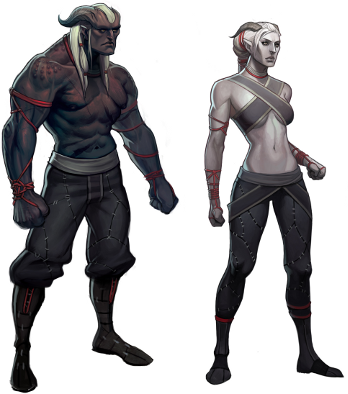 Leliana: I've heard stories about the Qunari, you know. They conquered nearly all of the north. Tevinter, Rivain, Antiva...much of the land was laid waste. In the northern kingdoms, they say the Qunari are implacable. Relentless. More like a landslide than an invasion. It took three Exalted Marches to drive them back to the sea.
Sten: We'll do better next time.

The Qunari is not the name of a single species, but an intense religious movement, originally founded by members of the (unnamed) horned race of humanoids from another continent, whom were known in antiquity (and Pre-Qun) as belonging to the kossith society. Note that it is only the movement itself that makes this distinction; individuals of the race who are not members of the religion still call themselves Qunari, and the rest of Thedas generally does the same.

Anyone is free to join the Qun if they wish, and converts are treated with respect regardless of species - unless you're a mage, in which case they're treated even worse than anywhere else, due to the Qunari eschewing magic in favour of technology. As a result of this and having never been devastated by the Blight, the Qunari are significantly more technologically advanced than the rest of Thedas. 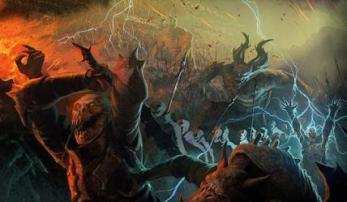 "Those who had sought to claim Heaven by violence destroyed it.
What was Golden and pure turned black.
Those who had once been mage-lords,
The brightest of their age,
Were no longer men, but monsters."
— Threnodies 12:1

The standard "monsters in the shadows," darkspawn are the boogeymen of Thedas. Born from the Maker's curse against arrogant humans (if you believe the Chantry, at least), the darkspawn's entire purpose of existence is to repeatedly attempt to wipe out all life in the world, spreading a virulent, ecology-destroying plague called the taint in the process. Normally mindless and disorganized, the darkspawn live in the Deep Roads beneath the earth, unseen and rarely thought of (except for the dwarves, who have to live with them). At least until they find one of the Old Gods. When that happens, they infect it with the taint, making into a Archdemon which organizes the hordes and drives them to the surface, attacking and destroying everything in their path. Such events are known as Blights, and can take decades to defeat, and always with staggering cost. The Grey Wardens were formed specifically to combat and keep an eye on the darkspawn.

"Drohg had been lighting a torch when one attacked, and we finally caught a glimpse of something other than shadows. In the flame's light, we saw a man's body like those of the Imperium humans, but covered in scales. It wore armor and even had a dagger hanging from its hip. Its jaws wrapped around Drohg's face and twisted. The crunch of his neck breaking seemed to echo down the Deep Roads. The torch fell from his hands, and we lashed out."

A mysterious race of reptilian humanoids who fought a limited tunnel war with the Dwarf empire centuries before the first Blight. Almost no sign of their existence has filtered down to the games' present day beyond a fragmented war journal and a sketch on the wall of the elven Lost Temple of Dirthamen. They are described as being equipped similarly to Tevinter soldiers, having perfect night vision, and speaking a language the dwarf witnesses did not recognize.

They may or may not be the same race of reptilian beings that can be seen on wall carvings in some elvish ruins, most obviously at the Lost Temple of Dirthamen. 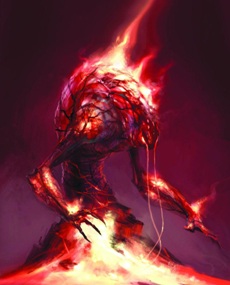 A demon of Rage.
"In general, spirits are not complex. Or, rather, they are not complex as we understand such things. Each one seizes upon a single facet of human experience: Rage, hunger, compassion, hope, etc. This one idea becomes their identity. We classify as demons those spirits who identify themselves with darker human emotions and ideas."

The spectral inhabitants of the magical realm called the Fade that exists alongside the physical world. Referred to as the "Maker's first children", they range from compassionate, helpful beings to twisted, vile monsters to entities whose morality does not make any sense. While spirits couldn't care less about the physical world, demons constantly try to gain access to the mortal plane, usually through possessing a living being.

"Mabari are at least as smart as your average tax collector!"
— Ostagar kennel master

Mabari war hounds are a breed of intelligent dogs magically created by the mages of the Tevinter Imperium. They're praised in Ferelden and considered sacred here.

Griffons were the flying steeds of the Grey Wardens.