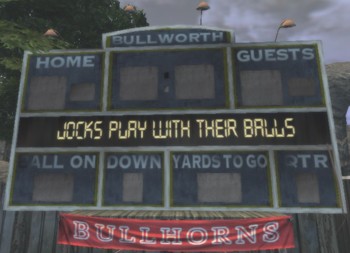 Don’t mess with the bull, young man. You’ll get the horns.
Advertisement: