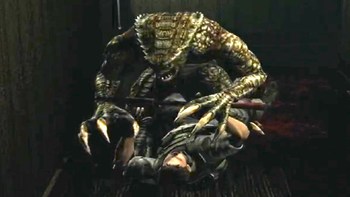 Hunters: they're fast, they hit hard, they eat bullets like candy and they hate you.
Advertisement:

It's a tradition for the Resident Evil series to have these, particularly later in each game.