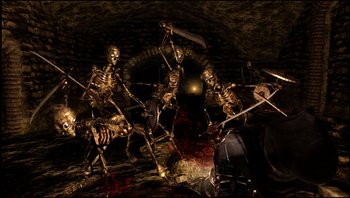 Almost every single basic mook in Dark Souls would qualify as a Demonic Spider in any other game (and you are very likely to die a few times during the tutorial) than this one, but there are some that stand out to the point of making you want to punch the screen in frustration. Without further ado, here are some of those Demonic Spiders: