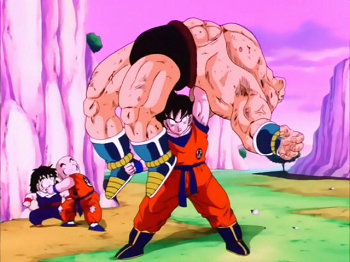 It's a general rule in any fighting-based anime that if the protagonist already knows how to fight by the beginning of the series then the battle against the first villain will be a complete Curb-Stomp Battle just to demonstrate their abilities.

For those and other examples: