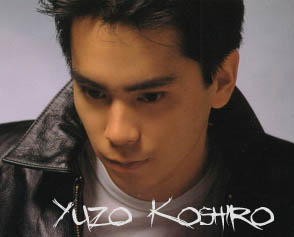 Gushing aside, Yuzo Koshiro (born December 12, 1967) is most famous for his FM synth scores during the late 80s to early 90s for Falcom and Sega, pushing the limits of the Mega Drive for the latter company.

While quite able to write good music in many styles (take the symphonic music of ActRaiser, for example), his main style is what can be described as a fusion of club, Eurobeat and techno music with an old-school flavour. His influences definitely show throughout the Streets of Rage series.

While his style of music was very popular in video games during the late 80s to 90s, Y.K's old-school style is no longer as popular in mainstream gaming today, though he was employed as a music arranger on the Super Smash Bros. series starting with Super Smash Bros. Brawl. Appropriately, he's also often tapped for games that are designed with a throwback feel in mind; namely Etrian Odyssey which gave him something of a small but highly appreciated resurgence, as well as further exposure with the PSP and Play Station Vita remakes for Ys I & II.