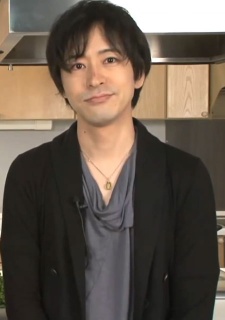 Yūsei Matsui is a Japanese manga artist for Weekly Shonen Jump. He is best known for being the author of Majin Tantei Nougami Neuro ("Demon Detective Neuro Nougami"), which remains a cult classic to this day, and Assassination Classroom, which maintains a lot of popularity in Japan and became a hit in the West. Between these two serializations, Matsui created two one-shot stories: Rikon Choutei ("Divorce Concilation") and Tokyo Depato Sensou Taikenki ("Tokyo Department War Memoir").

with the series' creator, Hirohiko Araki. Before becoming a mangaka, he worked as an assistant for Yoshio Sawai, the creator of Bobobo-bo Bo-bobo. Now you know where the inspiration for the gigantic, surreal monsters and the sense of humor found in his works came from.

Tropes associated with Yuusei Matsui and his works: