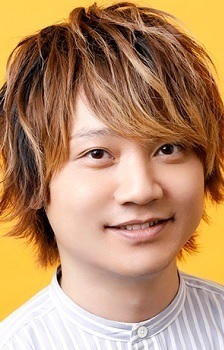 Yū Hayashi is a seiyū and singer born on April 2, 1983 in Kanagawa Prefecture. He was under Gekidan Himawari as a child actor before moving to Ken Production. He is the official Japanese dub actor for Jason Scott Dolley and Shia LaBeouf. Outside of his dubbing roles, he is well-known for the being the voice of Ryuunosuke Tanaka in Haikyuu!!.