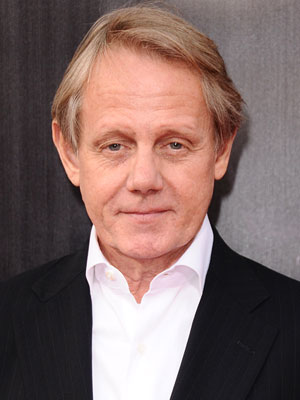 William Sanderson (born January 10, 1944 in Memphis, Tennessee) is an American character actor with a variety of roles under his belt, most notably Larry (with 2 brothers named Darryl) on the 1980s television series Newhart, slimy and scheming hotel owner E.B. Farnum on David Milch's critically acclaimed Deadwood, Bud Dearborne on the vampire drama True Blood, and of course, J.F. Sebastian in the beloved sci-fi classic Blade Runner. Sanderson retired from acting in 2020.