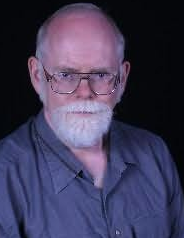 William H. Keith, Jr. (born August 8, 1950) is a prolific American fiction author with a particular taste for Science Fiction and Military Fiction (often both). He served in the United States Navy as a hospital corpsman during The Vietnam War and then worked for several years for game companies including FASA and Game Designers Workshop (the creators of Traveller and Twilight: 2000 among others) as an artist and writer before turning to writing full-time. He's averaged one or two books a year since 1986 and has done both Expanded Universe material and his own original settings.
Advertisement:

He's written under a few pseudonyms and house names, most recently (starting in 1998) Ian Douglas. Many of his older works are currently out-of-print, but may be found used.

Works by William H. Keith, Jr. (as Ian Douglas) with their own pages: