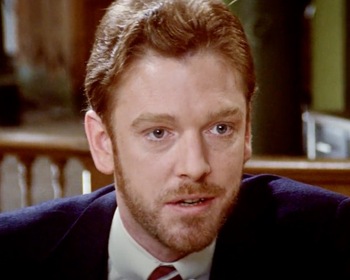 William Atherton (born William Atherton Knight; July 30, 1947 in Orange, Connecticut) is an American film, stage and television actor. He's perhaps best known for his role as jerkass EPA inspector Walter Peck in Ghostbusters (1984), and since then has mostly (but not exclusively) played jerks.