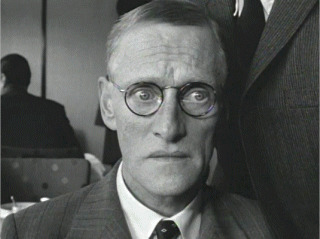 Henry Wilfrid Brambell (22 March 1912 – 18 January 1985) was an Irish film and television actor, who is mostly known for being Steptoe in Steptoe and Son. He was often Playing Gertrude and gained a reputation for being old men on screen, but went through Leslie Nielsen Syndrome. His role as Steptoe gained him enough popularity to be Paul McCartney's grandfather in the A Hard Day's Night movie, however, he never seemed to pull himself away from the role, despite being in popular British comedies and top-billing many theatre performances. Brambell and Harry H. Corbett were said to have had a rocky relationship, and Brambell once said in an interview that he didn't want to do another season. One fall-out was over Brambell's alcoholism during a tour in Australia, and the two men left the country on different planes.

What many never knew was that Brambell was gay and was once arrested for cottaging in a public restroom during the 1960s, which was when being homosexual was illegal in the UK note He was, however, married once but it ended in divorce after his wife cheated on him with a lodger and gave birth to his child. This possibly led to an unintentional Meta Casting/Reality Subtext when one of his later roles was a pensioner trying to come out of the closet in Death and Transfiguration, a Terrence Davies-directed film; Brambell appeared in three of his movies.