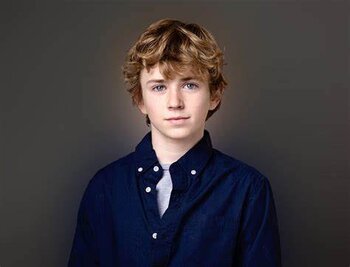 Walker Scobell (born January 6, 2009) is an American actor best known for his role as the young Adam in the film The Adam Project opposite Ryan Reynolds. On April 11, 2022, it was announced that he would be playing the titular role of Percy Jackson in the Disney+ adaptation of Percy Jackson and the Olympians.

Works he appears in include: