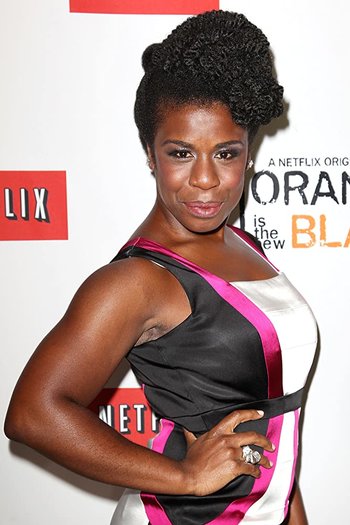 She is best known for her role as Suzanne "Crazy Eyes" Warren in Orange Is the New Black and as Shirley Chisholm in Mrs. America.

Aduba is also one of the many, many part-owners of Angel City FC, a Los Angeles-based team set to start play in the National Women's Soccer League in 2022.