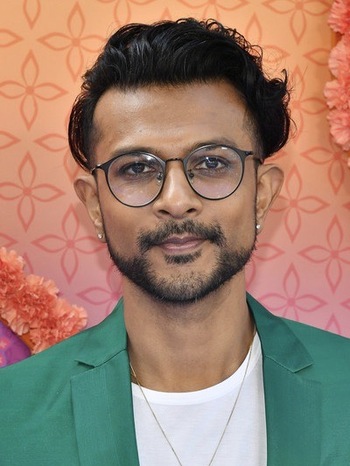 Utkarsh Ambudkar (born December 8, 1983 in Baltimore, Maryland) is an Indian-American actor and musician. On film, he is best known for his supporting roles in comedies like Pitch Perfect, Brittany Runs a Marathon, and Free Guy. He's also known for playing the titular character's younger brother Rishi on The Mindy Project. In 2021 he began playing Jay, the male lead of Ghosts (US).

As a singer, Ambudkar performs under the name UTK the INC. Following two EPs (The Gold Tusk in 2006 and Members Only in 2009), he released two albums in 2019 (Vanity and Petty). He's also associated with Lin-Manuel Miranda's rap improv group Freestyle Love Supreme, and helped develop the role of Hamilton's Aaron Burr.