Around the world, A-round the wooorld...
"When in Hollywood, visit Universal Studios."note Ask for Babs.

Universal Studios (aka Universal Pictures) is one of the five major American movie studios, and the longest-lived Hollywood studio, dating all the way back to 1912 (predating ViacomCBS-owned Paramount Pictures by just over a week). Universal's headquarters, Universal City, was one of the first purpose-built studio lots ever built, and is now a major tourist attraction as well as a working studio. The studio is symbolized by an image of a globe, which has undergone many changes, the most recent being in 2012 for its 100th anniversary.

The studio was the brainchild of Carl Laemmle, a German-born Jewish immigrant who played a crucial role in the creation of the star system of film-making. Laemmle, along with a number of film producers in Hollywood, formed the studio with the intent to capitalize on the system. Unlike many other studio heads, Laemmle took a cautious role in film-making, choosing not to open a theater chain and financing the movies himself without putting the studio in debt. After his son, Carl Laemmle Jr., took over from his father in 1928, the studio underwent a major overhaul in order to compete with the other studios in Hollywood. It was during this period that Universal churned up a number of hits such as Show Boat, All Quiet on the Western Front, and the creation of the Universal Horror series, which gave Universal a near-monopoly on the horror film genre.

Universal established a reputation in the 1930s and 1940s for the production of horror films. Most of the "classic" movie monsters, such as Dracula, Frankenstein's Monster, the Wolf Man, the Mummy, The Invisible Man, the Bride of Frankenstein, The Phantom of the Opera and the Gill Man (aka the Creature from the Black Lagoon), are best known in their Universal incarnations. Another mainstay in this period was the Comedy Duo, Abbott and Costello, with both franchises combining in the late 1940s onward. In addition, Universal was the primary distributor of Walter Lantz's cartoons such as Woody Woodpecker. Its "art house" subsidiary, Focus Features (including the remnants of Gramercy Pictures), is responsible for distributing acclaimed films such as Brokeback Mountain, Being John Malkovich and Milk.

During The Great Depression, the studio fell into a crisis and narrowly avoided bankruptcy in the 1930s, which caused the Laemmles to cede control of the studio to creditors. Universal then merged with International Pictures in the 1940s, and then was bought out by Decca Records in 1952. During the 1950s, Universal had numerous successes with The Killers, the Abbott and Costello films, and several monster, science fiction and western films, as well as a variety of light comedies and melodramas, both of them courtesy of producer Ross Hunter, and the latter of them usually directed by Douglas Sirk. Additionally, Universal introduced a new method of film financing that forever changed the rules of the business: beginning with Winchester '73, it gave the lead actors in a film a significant share of the profits that were made off of it (this model would be adopted by its rivals in succeeding years). It also distributed some of the very last films made by the influential (and, by that point, collapsing) RKO Radio Pictures. However, all this wasn't enough to keep them from falling on hard times again following the Fall of the Studio Systemnote One method that Universal did to stay in the black was to discard what mostly remained of their silent film catalog, a move that would make film historians weep decades later. Consequently, only a fraction of Universal's silent film library survived, mostly thanks to bootlegging and film collections., and Decca sold Universal City to talent agency MCA (whose Revue Studios TV production division was a huge success at the time, and needed the space) in 1958, with MCA buying the rest of Universal itself in 1962.

MCA's purchase of Universal ended up giving the studio a much-needed boost to its film library, as MCA had purchased most of Paramount's pre-1949 sound features (which includes classics such as Trouble in Paradise, Sullivan's Travels, and Holiday Inn, among others) around the same time (Universal later teamed up with Paramount to form Cinema International Corporation, now known as United International Pictures, in 1970; then from 1987-97, USA Networks was solely co-owned by Universal and Paramount). This prevented Universal from selling a large chunk of their library to other companies, making them one of only three major film studios, along with Columbia Pictures, and 20th Century Fox, to not have sold any major portion of their catalog (although Warner Bros. got their catalog back when Time Warner acquired Turner Broadcasting in 1996).

Thanks to MCA's leadership, Universal was one of the first major film studios to openly embrace the then-fledgling medium of television. Throughout the 1950's and 60's, the studio went on to produce television shows that are today considered classics, including Leave It to Beaver, The Munsters, Dragnet, Alfred Hitchcock Presents, McHale's Navy, Laramie, and The Virginian. Its backlot benefited significantly from this; a 1969 report from United Press International stated that Universal's backlot was the only one in Hollywood that was "safe from bulldozers

" at a time when most studios were selling off their backlots, destroying them or, at the very least, borrowing them from others.

After pretty much inventing the modern blockbuster with Jaws in 1975, as well as producing a whole list of classic TV shows during the 1960s, 1970s and 1980s, MCA sold itself to Panasonic (then called Matsushita) in 1990, but Panasonic (which didn't particularly like working with Hollywood and expected more stable profits) sold the company back off in 1997; it also dropped the MCA name at this time.

During this time, Universal expanded through all sorts of different avenues, though their successes tended to be short-lived. Their Action Pack was an effort at creating a broadcast network that ended up little more than a syndication package for Xena: Warrior Princess and Hercules: The Legendary Journeys. Universal Interactive Studios was also established around this time, notably creating the Spyro the Dragon and Crash Bandicoot games; as was Universal Cartoon Studios, which mainly churned out DTV sequels to The Land Before Time, although it also made TV series, including cult hits Exosquad and Earthworm Jim.

After several more odd trades (including selling Universal TV and the USA Network to Barry Diller, then turning around and buying them back a few years later), one of which was with the Seagram conglomerate based in Montreal (who in turn merged them with the remnants of Polygram Filmed Entertainment), Universal ended up in the hands of French conglomerate Vivendi SA; during their period of ownership they frequently co-produced movies with another Vivendi-owned firm, StudioCanal (operated by the Canal+ TV network). Most of the movies that the studio produced during this era didn't perform well or only turned a small profit. Eventually, in an effort to stem financial debt, Vivendi sold 80% stock in the studios, theme parks, cable networks (USA, Sci Fi Channel and the now-defunct Trio) and Universal TV to General Electric in 2004, where they were combined with the NBC properties to form NBCUniversal. GE later purchased Vivendi's remaining stock (20%) and immediately thereafter sold more than half of their stock (51%) in 2011 to cable giant Comcast, who in turn acquired full ownership of NBCUniversal in 2013, thus allowing GE to focus more on its industrial and financial businesses and officially making Comcast a media company. On the other hand, Universal Music Group is still owned by Vivendi, while Universal Interactive has since been absorbed into Activision (which completely split from Vivendi in 2016).

It was formerly the worldwide home entertainment distributor of DreamWorks films, from 1997 to 2005, when DreamWorks merged with Paramountnote Universal was actually interested in acquiring DreamWorks when the founders put said studio up for sale, but Paramount's parent Viacom outbid them in the end, a merger that ultimately fell apart after less than three years. As part of DreamWorks splitting from Paramount, the studio attempted to reach a deal with Universal to distribute their movies. The negotiations fell apart and DreamWorks instead went to Disney (through Touchstone Pictures) for distribution in 2009. In December 2015, with DreamWorks' deal with Disney expiring the following year, DreamWorks and Universal made up and struck a new distribution deal as part of DreamWorks' reorganization efforts. Universal's first film under the DreamWorks deal, The Girl on the Train, was released on October 7, 2016. Universal acquired a minority stake in DreamWorks' parent company Amblin Partners in February 2017. The studio also briefly distributed the films of Legendary Pictures during a disagreement with Warner Bros.

In August 2016, former DreamWorks division DreamWorks Animation was bought by Universal parent company Comcast/NBCUniversal for $3.8 billion, which effectively made Universal the second Hollywood studio to own two distinct feature animation studios, with Disney being the first after their purchase of Pixar in 2006. With the expiration of 20th Century Fox's distribution contract with DWA in 2017, Universal assumed permanent distribution rights to all DreamWorks Animation works, past and present, as a result.

On June 23rd, 2015, it was announced that Universal entered a multi year distribution deal with

FUNimation, in which it will manage the distribution of all Funimation DVD and Blu-ray releases. 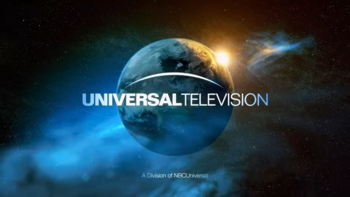