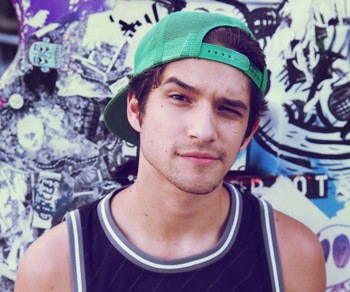 Posey is best known for portraying the title role of MTV's Teen Wolf, based on the 1985 film of the same name. In addition to starring in each of its hundred episodes, Posey also directed one of them himself, and he later became an executive producer of the show.

Prior to his success as an adult, Posey started out as a child actor, most notably playing the son of Jennifer Lopez in her 2002 film Maid in Manhattan. That same year, he also appeared in the Arnold Schwarzenegger vehicle Collateral Damage.

Since 2012, Posey has played with the band Disappearing Jamie (formerly Lost in Kostko) as their guitarist and lead singer, and began releasing his own solo music (mostly Pop Punk) in 2021.

His father, John Posey, is also an actor; he was originally cast as Danny Tanner in the beloved TGiF sitcom Full House, but was replaced by Bob Saget before the series premiered on television.