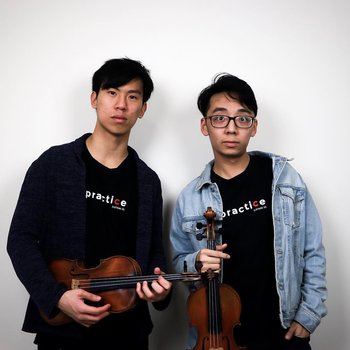 are a comedic duo of Asian-Australian classical violinists Brett Yang (杨博尧 Yáng Bóyáo) and Eddy Chen (陈韦丞 Chén Wéichéng). The two founded a YouTube channel in 2014 where they started out doing violin covers before moving on to specializing in comedy sketches about life as a classical musician, reviewing fake/bad musical performances (referred to as "roasting"), violin challenges, charades, and other games, as well as criticizing the portrayal of classical music in popular culture.

. Eddy has his own channel here

As readily proven by your making it to the end of this page, TV Tropes prevents you from practicing.