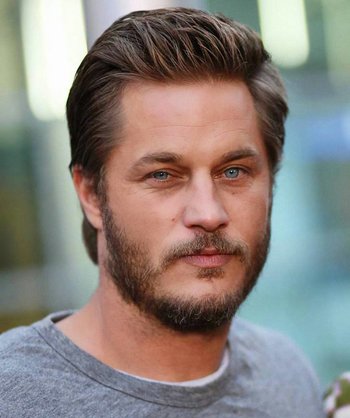 "Some actors are better with words than me, I prefer to play it rather than say it - and keep people thinking. My biggest thing with Ragnar was to make him relatable, to show why he does some bad stuff. He does everything for his family and people. If that means chopping a few heads off, so be it."

He is most famous for playing Ellis Dove/Carlson in The Beast and Viking leader Ragnar Lodbrok in Vikings. Other notable roles of his include Tarzan in the short-lived 2003 series on The WB and Anduin Lothar in Legendary Pictures' Warcraft.