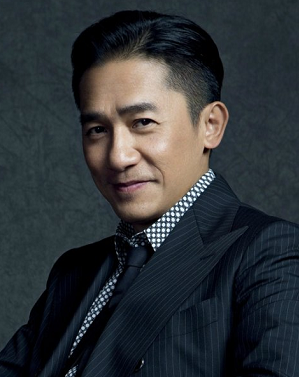 Born in Hong Kong in 1962, he starred in a number of TV shows during the second half of the 1980s, and got his cinematic break in 1989 by playing in Hou Hsiao-hsien's City Of Sadness. In 1991 he collaborated for the first of many times with director Wong Kar-wai in Days Of Being Wild, which also starred his frequent co-star Maggie Cheung — he has stated that he considers Cheung his female alter ego.

He worked with Wong again on Ashes Of Time in 1993, Chungking Express in 1994, Happy Together in 1997, In the Mood for Love in 2000, 2046 in 2004 and The Grandmaster in 2012. He has also done another film with Hou, Flowers of Shanghai, and worked with other high-profile directors such as Zhang Yimou (Hero), Ang Lee (Lust, Caution) and John Woo (Bullet in the Head, Hard Boiled, Red Cliff).

Tony made his Hollywood debut in the Marvel Cinematic Universe, cast as Wenwu in the franchise's first Asian-led film Shang-Chi and the Legend of the Ten Rings.

, who starred in movies such as Triad Election. Due to the naming confusion, Tony Leung Chiu-wai is sometimes called "Little Tony", while Tony Leung Ka-fai is called "Big Tony" due to their 4 year age difference.