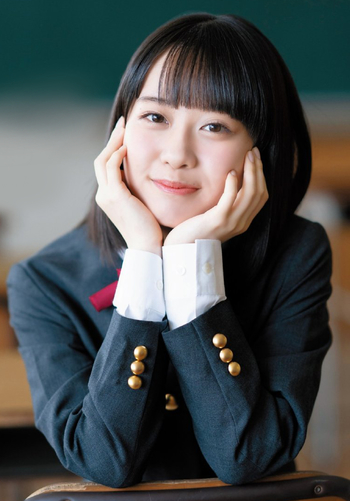 Tomori Kusunoki (楠木ともり Kusunoki Tomori), born December 22, 1999, is a new voice actress who started her voice acting career in 2017 as various extras, and then eventually landed lead roles in 2018 in Märchen Mädchen and Sword Art Online: Alternative Gun Gale Online. She made her debut as a solo artist on 8/19/2020 with the EP titled "Hamidashimono," which was also the ED for The Misfit of Demon King Academy.