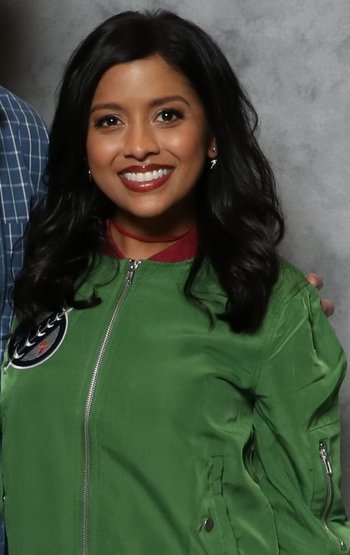 Tiya Sircar (born May 16, 1982 in Arlington, Texas) is an Indian-American screen actress and voice actress. Her Star Making Roles include Neha Patel in The Internship and Sabine Wren in Star Wars: Rebels. Some of her other well-known roles are the "real" Eleanor Shellstrop/Vicky in The Good Place and Rooni Schuman in Alex, Inc.