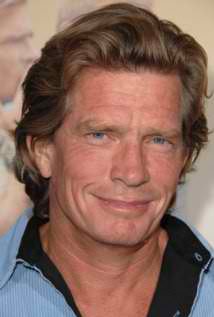 Thomas Haden Church (born June 17, 1960 in Woodland, California) is an American actor. He first rose to prominence playing dimwitted airport mechanic Lowell Mather in The '90s sitcom Wings before leaving the show at the end of its sixth season for a starring role on the Fox sitcom Ned & Stacey. He would later become known for his film roles, including his Academy Award–nominated performance in Sideways and his role as the Sandman in Spider-Man 3. He also made his directorial debut in Rolling Kansas.