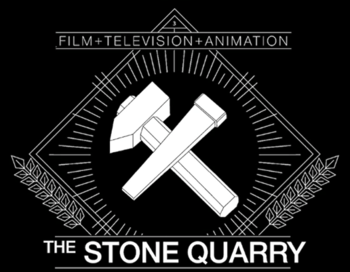 The Stone Quarry is an American film production company headed by Zack Snyder, his wife Deborah, and producer Wesley Coller. It was created as "Cruel and Unusual Films" in 2004, and rebranded in January 2019, when Snyder moved the company from the Warner Bros. lots to a new studio.

The company has co-produced pretty much all of the projects Snyder is involved in (including films he didn't direct), most of them in partnership with Warner Bros. since 300. They have struck big content deals with Netflix in 2019 to produce films and animated series.

Works co-produced as The Stone Quarry: